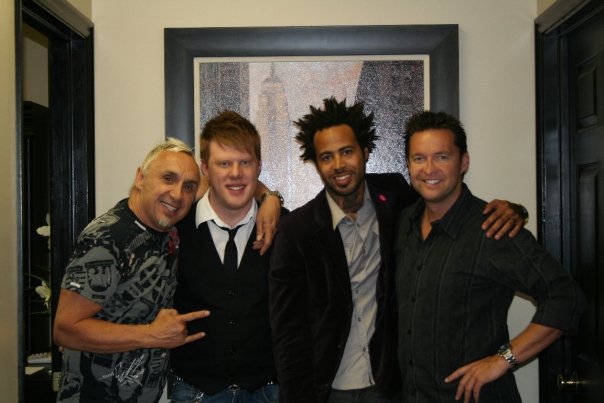 Next up in our look at former students having success is Chad Seale. One of the most impressive things about Chad is his never quit attitude. He really struggled when he first started school but he just kept working until he got it. Chad is always willing to work hard and do whatever it takes to try to improve his skills. He has built a great clientele and is getting a great reputation for his editorial work. Here is what Chad had to say:

I graduated from Taylor Andrews a little over three and half years ago and honestly I can say that if it  wasn’t for TA, I would not be as successful and probably would not be involved in the hair industry. The lessons I learned from this amazing school and personally from Larry himself will carry me through the rest of my career and life in general. The lessons learned each day were extraordinary, but it was the generosity and caring attitude shown by Larry and his staff from the first day of school to the graduation and now continuing throughout my career, is something that can not be found anywhere else.

Since graduating in November of 2005, I have had the opportunity to work in a high end salon in Salt Lake City. The Taylor Andrews staff recommended that I start as an assistant. To learn and be tutored by someone with many years of experience in the hair business is a great way to grow professionally and personally as a stylist. After four months, I was moved on to the floor were I started and continue today to build my own loyal clientele. In the short time I have been out of school, I have had many opportunities to do a variety of jobs in addition to my work in the salon. I have participated in many photo shoots, some of which have been featured in major national magazines. My current work involves shooting with award winning photographers and artists such as Jake Garn and Keith Bryce of Project Runway. One is famous for his work as seen in National Geographic and another is an up and coming clothing designer. Also just this past January, I was given the opportunity to do a wedding for a celebrity whose bridal pictures were printed in People magazine.

One of the best practices I learned in school is “networking”. Larry always stressed the importance of going up to someone you have never met before and starting a conversation. This lesson has benefited me greatly. I truly learned the importance of networking was when I attended the ISSE show in LA with Larry and several other Taylor Andrews students. I watched Larry and saw how he interacted with others. He wasn’t afraid to talk to anyone and everyone. Later that day at a magazine party the school was invited to, I decided to put this to my own test. I timidly walked over to Celebrity Hairdresser, Jonathan Antin and started a conversation with the reality star. No one else in the room even approached him because of his celebrity status, but there I was, a lowly, inexperienced cowboy from the state of Wyoming. For over twenty minutes we conversed as if we were old friends and it ended with an invitation to visit his new Beverly Hills salon with him as my tour guide.

Words can not express how grateful I am for the education I received at Taylor Andrews. I attribute all of the success I have achieved to my education. The biggest advice I could ever give to someone wanting to follow in my footsteps is to first find an advocate that you can always talk to about what you want to do. Second, if you really want something, you need to actively pursue it and work your tail off. Everyone has to pay their dues one way or another in life, but if you are willing to put in the blood, sweat, and tears necessary, the rewards can be endless. I am still paying my dues only three years out of hair school, but I know that in the end everything will be well worth it. It is not about the end result, but really about the journey. Many hairdressers have recommended that I "enjoy the journey." I hope that you enjoy yours! 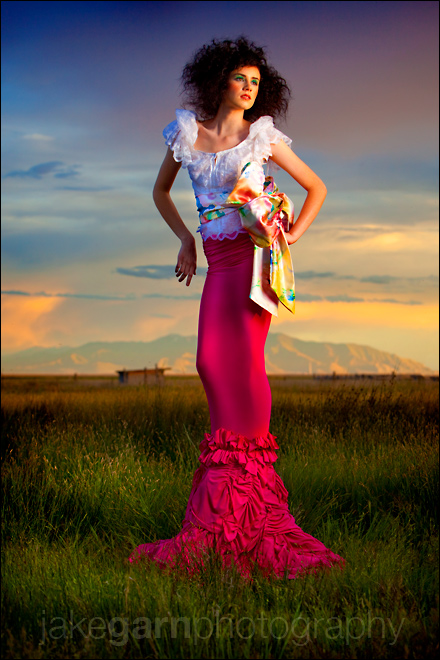 Recent work that Chad did for Jake Garn and Keith Bryce.